We're lucky enough to have found yet another deluded student who, for some unfathomable reason, wanted to do some work experience with us. Chris Heppell has been in the trenches with the QA team for the past fortnight. In what's now become a Short Fuze tradition, we asked him to write a short summary of his time with us. 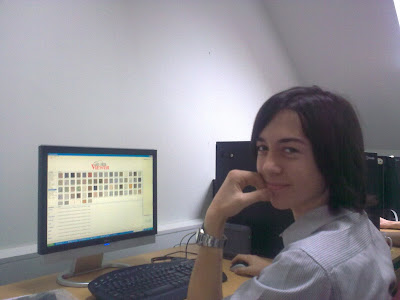 ‘1.1.6’, ‘Release candidate’, ‘Bug’, ‘Oh, #*%@!!!’ and ‘ARRGHH!!’ are all some of the phrases I’ve been constantly hearing at the Short Fuze office. That doesn’t come as a surprise though, as 1.1.6 is due for release very soon and everyone wants to get it out with the minimal amount of fuss and zero problems. This is where I come in … I’ve been breaking Moviestorm.
As soon as I started my Work Experience at Short Fuze, I was shoved into a chair by Johnnie who told me to "Break Moviestorm! And tell us what we did wrong!" ... Well, not really: I was shown around the establishment and introduced to the team first (who are all a bunch of great people!) and then shoved into a chair by Johnnie.
It wasn't too long until I found a bug. My first was noticing some problems with thumbnails. Johnnie was happy. But later on I found another bug which was originally marked as fixed, which meant it had to be reopened. Johnnie was no longer happy.
During the first week, I got a chance to see what was happening in the development of Moviestorm, and I have to say, it looks really good. The new Modders Workshop, Pyro Pack, Hairstyles and a couple of other things I’m not sure I’m allowed to mention are all looking fantastic.
The next week I was set on making some textures, and it wasn’t long before I got into the flow of texture creation, and made all sorts of different textures. The best thing? They’re going to be put into a free addon pack for anyone to use in Moviestorm.
These 2 weeks of work experience have been full of enjoyment and hard work. I’m going to miss it after I’ve left, but I know It's been one of the most productive things I've ever done. I now know what it's like to work in the software/computer industry, and I'm sure that this experience will definitely benefit me for my future, but most importantly of all: Unit Tests are a pain in the ____.