Libertaria: The story behind the virtual opera, by composer Sabrina Pena Young 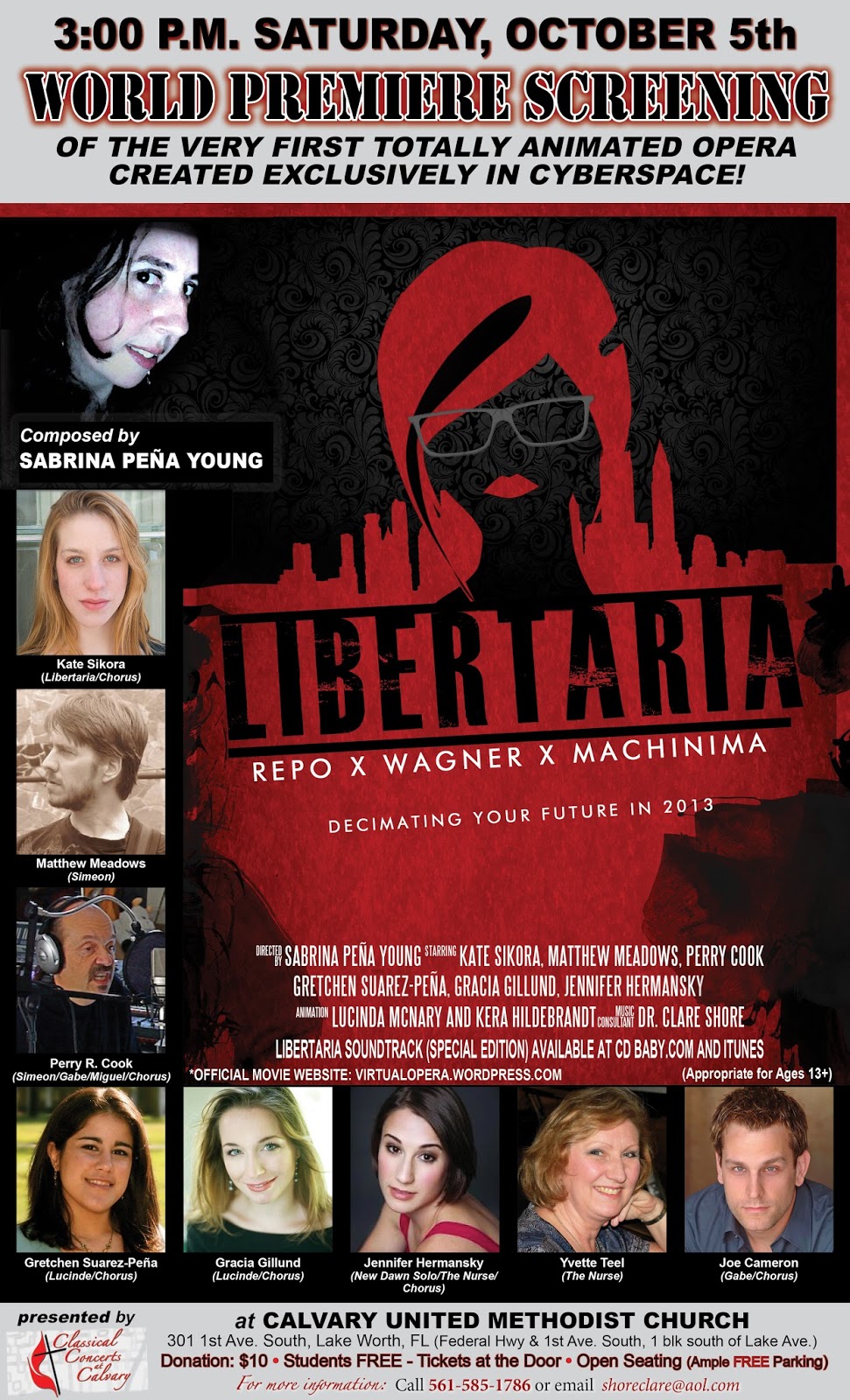 In this exclusive guest blog post, Sabrina tells the tale of the story behind the virtual opera and why she chose Moviestorm.


"I've been wanting to create a film for a long time, and Moviestorm had the perfect tools that I need to make my dream of a sci-fi animated opera a reality.


In 2011 I started writing a story about a young geneticist that worked in a cutting edge facility that absorbed the energy from the ill and dying to make a new serum that rejuvenated the younger, healthy populace. In the short story, the scientist, orphaned at a young age, discovered that one of her test subjects was actually her mother.

The short story evolved over time and instead o ffocusing on the scientists, the young girl was placed in the genetics factory herself, escaping it to discover her addict father runs the resistance against the factory. With a hundred twists and turns, Libertaria tells the story with true operatic drama and sci-fi energy.

Libertaria is an opera for the Digital Age. Created with virtual characters in a computer-generated environment, Libertaria is easily disseminated through the internet and simple DVDs. An animated opera offers a lower cost than a full live production, although there has been acoustic versions of songs like Lonely Mother’s Cry.

In the end Libertaria is a groundbreaking opera experiment. Creating an opera for a fraction of a budget, an opera that requires no rehearsals to enjoy, appeals to the masses, and has a diverse cast of characters reflecting the global nature of our culture.

Libertaria questions our current sociopolitical reality and the actions of the government, it questions war and even family.

Libertaria challenges musically and ideologically and will change our time.

Production for Libertaria was entirely online. The cast auditioned virtually through Music Xray and other sites, the animators worked together using Moviestorm, communication continued through e-mail and facebook."

"I enjoy using Moviestorm because it is very intuitive, affordable, and easy-to-use. As someone with a film and music background, it was easy to jump into animation head-first using Moviestorm's excellent tools and simple platform.

For my film Libertaria: The Virtual Opera I needed to use a program that could quickly lip sync over an hour of original vocal music, and Moviestorm was up to the task with the help of talented Moviestorm animators like Kera Hildebrandt.

The easy integration of Moviestorm footage with third-party software like Final Cut and the use of settings like Cel Shading helped Libertaria: The Virtual Opera have a distinct graphic novel with epic visual effects for a micro-fraction of the cost.

The Moviestorm community is invaluable and incredibly supportive, even volunteering time and talents towards production. Moviestorm made my dream a reality. I look forward to using Moviestorm for many years to come."

What:  World Premiere Screening of LIBERTARIA: THE VIRTUAL OPERA, by Sabrina Peña Young 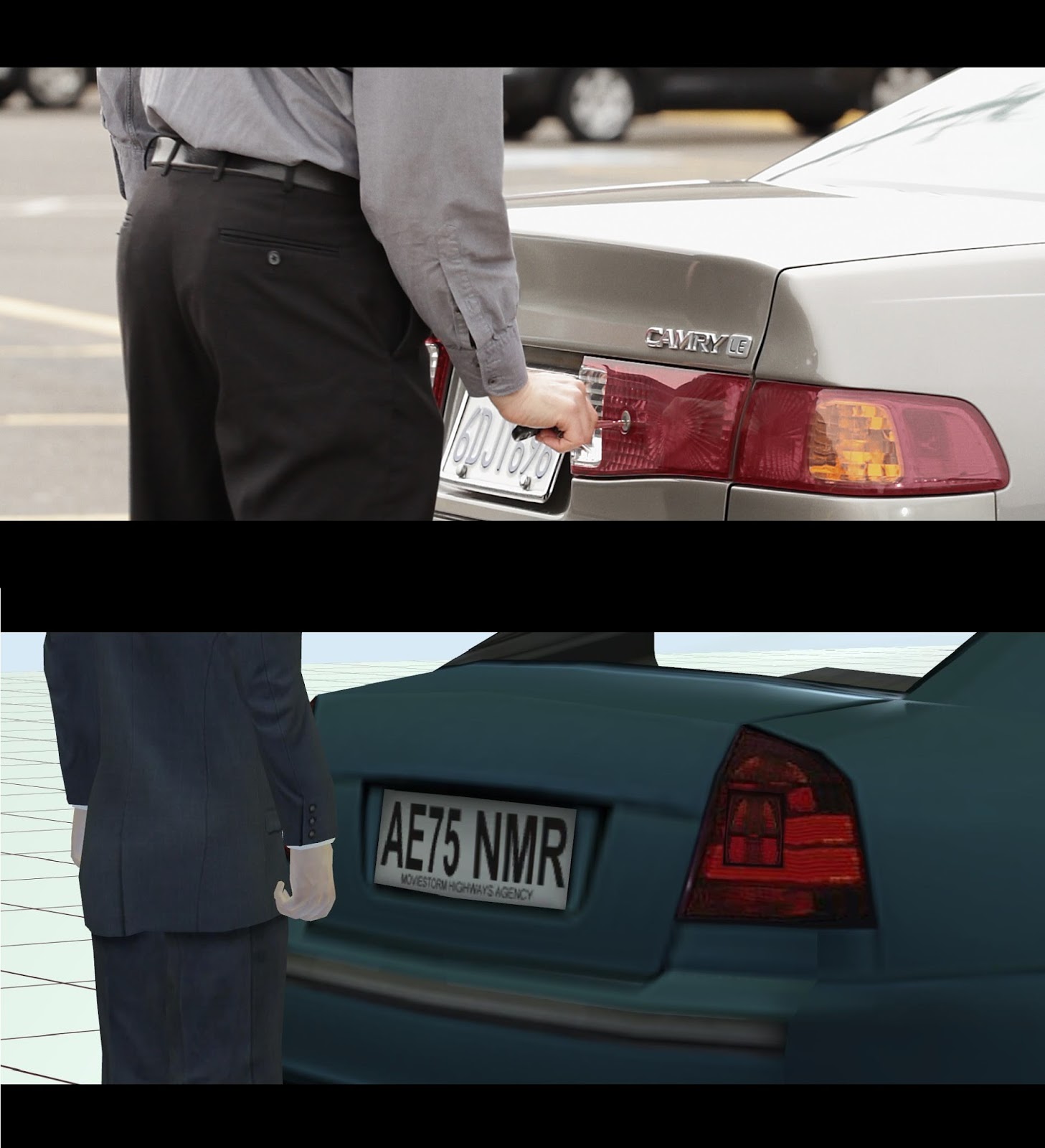 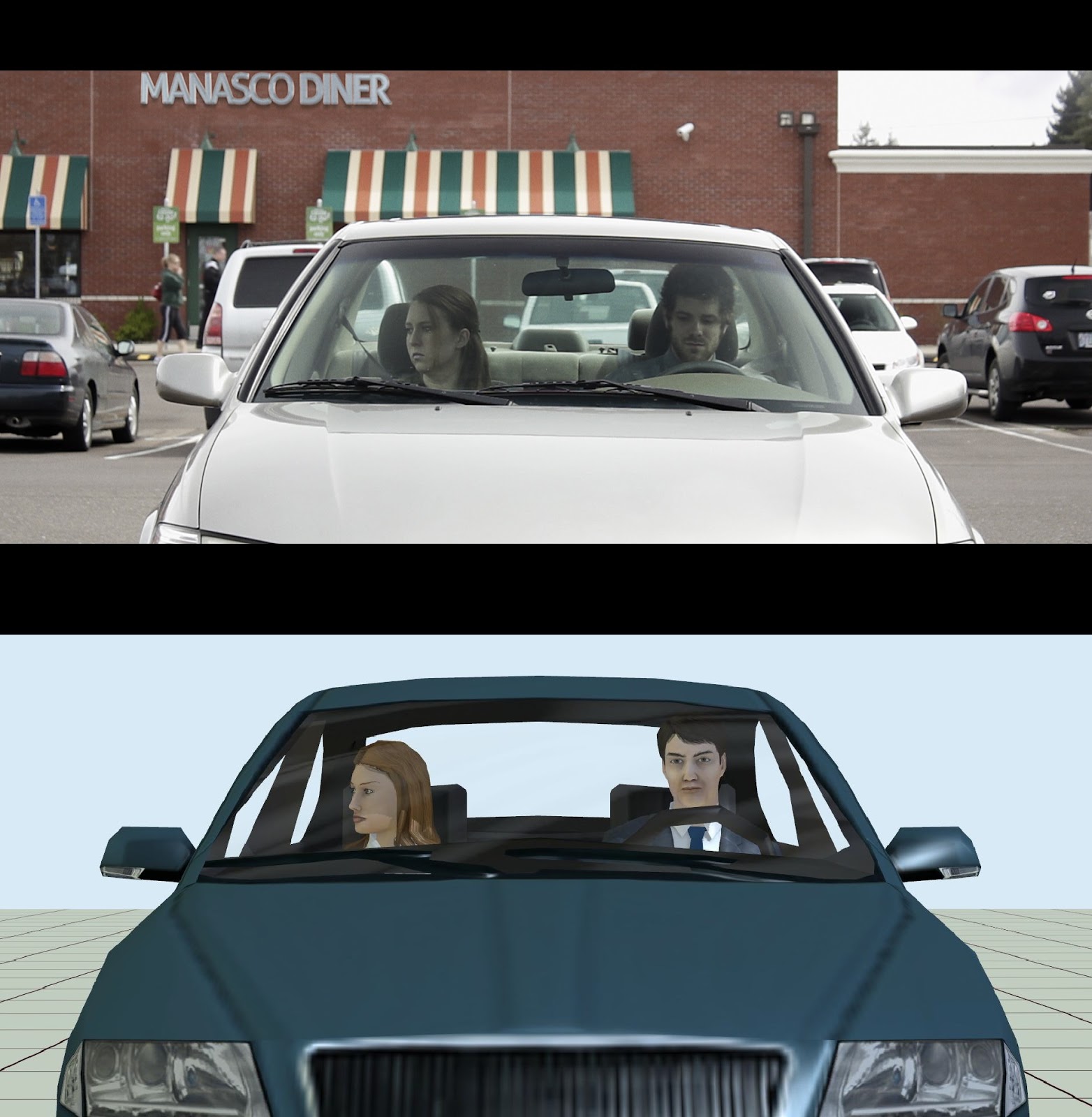 Cafe Insomniac - from animation to novel


"I remember coming across Moviestorm just after I'd finished directing a TV series. I needed a fresh creative outlet and thought about making a live-action short film, but I didn't want to have to deal with the logistics.


I started with a couple of short films. After that, I started thinking of ideas for series. That's when I came up with the idea for Café Insomniac. I wasn't sure how it would develop, but I was enthralled by the mystery of the original premise — an insomniac gets lost in the space between dreams and reality.

In the spirt of experimentation, I didn't plan anything. I wanted to make the series as surreal as possible. No idea was too wild. And I was lucky to find some great voice actors among the Moviestorm community.

The response from people who watched it was overwhelming.

A couple of years on from the last episode of Café Insomniac, I wrote a novel, a thriller, that shot past The Girl With The Dragon Tattoo to reach the top of the Amazon crime and thriller charts. I was committed to writing.

And after finishing a couple more books, I rooted around for my next idea. A little voice suggested that Café Insomniac wasn't finished, that I'd only touched on the surface of Justin's strange world. Café Insomniac became my next novel.


Has Café Insomniac changed since those experimental days? Well, yes, quite a lot. The storyline is different. There are new characters. In some ways it is stranger than the original series but also makes more sense. If you read it, you'll see what I mean.

And in the novel, the story of Café Insomniac is told entirely from Justin's point of view. This allows the reader to get inside his mind, to feel his fear and confusion, as events unfold and become ever more strange.


But the guiding slogan from those Moviestorm days has remained the same: "I don't know what's real and what isn't. And which is most dangerous."

Without the Moviestorm version of Café Insomniac, I don't think I would have had the courage to attempt a full-length story with such an outlandish premise. It was thanks to the software and the positive reaction from the Moviestorm community that I could embark on writing the novel, thinking, hey, this might just work."

Cafe Insomniac is now available for download from Amazon, Kobo, and the iBookstore. There is a special promotion on Amazon for the first few days at 99p.

Other books by Mark Capell