Good news film competition fans! Moviestorm are pleased to announce the return of the Harb40 Passion Competition, which will take place from August this year.

The competition urges contestants to make a film set to a specific theme of passion. There are usually some restrictions on content, but films could be made using any animation program, video game or live action technique.

This year, the specific theme for the competition will be released on August 2, and the submission period will run from August 23 until October 11.

All submissions will go through a specific thread on the competition forums which will be opened at theme release.

Competition winners will be announced on November 22/23 during the Machinima Expo (which is run by a group that includes Kate Fosk, aka kkffoo, and an actor named Richard Grove, aka Ricky Grove).

See below for the first promotional video for the 2014 competition, by Moviestorm user Joseph Kwong, aka JosephKW:

Competition creator, Craig (Harb40) began experimenting with animation back in 2005 after playing a game called 'The Movies'. After following a website called The Movies Underground, he was introduced to other games animation tools such as Moviestorm.

Today, Moviestorm is now one of his primary animation programmes.


"Animation programmes like Moviestorm, The Sims and iClone are taking over in the competition.
In 2013, BiggsTrek (Pioneer) took top honours with an iClone creation but has used Moviestorm since it's inception.
"Second place went to JosephKw, using Moviestorm, while fourth and fifth places were MysterysGames, aka mystery_egypt, and Nahton, both using Moviestorm.
"Also, in 2012, Animatechnica took first place with an iClone creation and Chatnoir Studios took second with a Moviestorm film.
"One of the nice things about the prizes like Moviestorm is the winner is given a choice of a free user license or to receive credits to purchase more gaming assets and enhance their animation video skills
"Clips from the winning films are shown at the Machinima Expo which in turn puts the name Moviestorm out to wide audience of machinima and animation creators.

Watch below for the film by Moviestorm user JosephKW that scooped second prize in the competition last year:


The winning films receive software prizes and the creators were interviewed on The Movies On Air Radio show.

Here at Moviestorm, we're inspired by users who not only use our software and enjoy it, but those who go one step further.
Meet Trevor, or Moviestorm user 3DTree, who recently decided to set up a 3D asset creation service for other animation users. 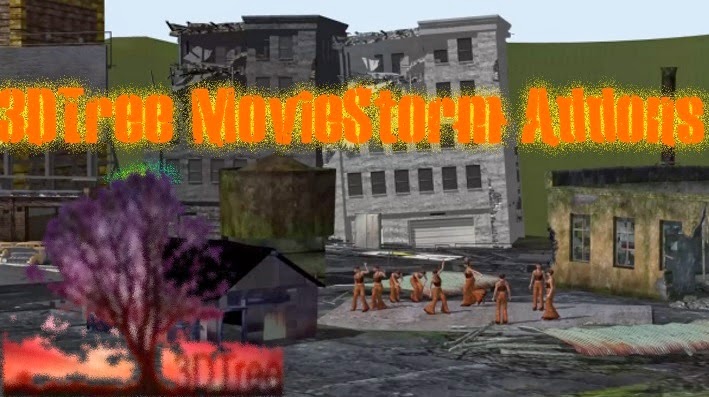 Speaking to Moviestorm, Trevor explains more about the idea and service he created.
He said: "Since the launch of Moviestorm, I’ve been a fan of it’s concept, form and function. It’s only got better over the years.
"It’s game/director centric storytelling platform so intuitive and fun to direct within."
He told us that CG and Moviestorm is just one side of his work, though a major passion he continues to build on his craft and 'hopefully mixes up something artful at times.'

"I consider my 3DTree output, a CG mix, somewhat like a DJ remix at times, sometimes so transformed that the original source - anything from a drawing or photos is lost and built into something interesting.

"Many artists and tools may go into building any single creation."

I do hope the fruits of what I have put together will look and play great in the stories and worlds that we build in Moviestorm.


Creation of the service

The big question I had on my mind was how best to foster my 3D CG passion hobby.
“Patron of the Arts” really suited with my ideal and supported what I like to do, and at the same time my patrons could enjoy could enthe fruits of my labours.

Hearing more about the idea

3DTree describes his project as 'an experiment in artist progressive crowd funding, funding the output of an artist rather than a business.'
"So Patreon is a platform to share creations, where patrons support each creation with a clear budget per month", he adds.
"The KickStarter concept appealed to me in part, though lacked any sustainability in building lots of new assets and focused on a business side rather than on fostering an artist's creativity."
3DTree said the main appeal of Patron of the Arts is that the artist is happy to do their thing and patrons are happy with what the artist creates.

What's in it for the patrons?

"Newcomers may not be offered every possible add on at first, though there will be a good group of rewards to download."
"There are rewards to higher committed pledging patrons and people who stick with me over time."

"If there is no content one month, nobody need support that and nobody pays anything. There is a plan to get out at least one full Moviestorm add on per month."
Some of the addons will appeal, some may not; though overall I do hope the value will be high."


3DTree said he likes to concentrate on practical and fun content first before getting into less valued content. For example, samurai animations take a backseat to getting falls and conflict animations out for release. 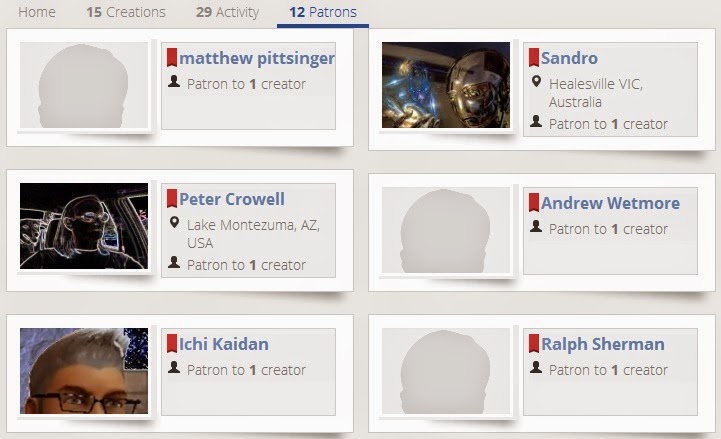 How does it work?

Patrons can’t directly request assets, though through a group voice they can have some practical influence on the projects 3DTree works on.
He adds that he would 'never want to take the fun out of his hobby by working for other people’s needs or wants' above what he is enjoying doing, but he still takes into account what people want.

"It’s not a business, it’s not a voting system. I just don't have enough people to even consider that costs would be met to then develop assets, and prices would be much higher than what people are willing to give for assets.
The solution for me was to go with the old Patreon of the Arts model."

Moviestorm started by the backing of people and companies that believed in it’s success, says 3DTree.
He added: "I have always been one of it’s core fans and with my patrons hope that I too can continue building on what makes Moviestorm great."

Future plans
"There is still a lot I’d like to do with Moviestorm in 2014, like new characters beyond the Male01 or Female01 characters.
"I and many core fans have liked that idea of being able to have other sized characters in Moviestorm."

I'm working on a plethora of animations, props and some clothing for the standard characters. With hope, my assets will branch off into other engines and platforms.

Though Moviestorm is where I like to think it all started for me.

More information about 3DTree, including how to sign up to his asset creation service, can be seen here: http://patreon.com/3DTree
Posted by Unknown 1 comment: