Yesterday's screenshot gave you a taster of one of the longer hairstyles in store for you in the Hairstyles Content Pack. You seemed to like it, but some of you were worried that the only hairstyles we'd give you would be styles with long hair (and at least one eye obscured!). To allay your fears, let's go to the other extreme today and take a look at one of the shortest hairstyles we're working on. 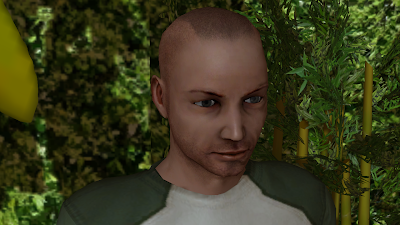 This is a very short, shaved cut for male characters. There are several variants from which to pick, from the subtle ... 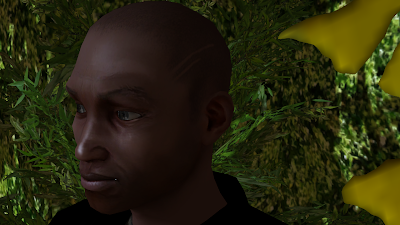 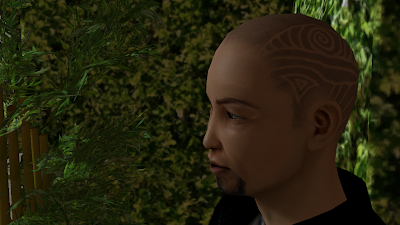 I've got a few more images still to show you, and maybe even a video or two, so check back over the next few days to see some more of the work-in-progress Hairstyles Pack (and more terrible puns in the post title).

These are great!!
And I know Matt will call me impatient again, but I still want more, more, more screenies! :D

Oh, I do love it when you get excited, sisch! Teasing you is such fun...

As a young Mexican-American male who grew up around Californian urban youths, these hairstyles make me feel right at home. :)

Never mind that I actually AM at home right now.