Skeleton vs Bins: a walk on the smooth side

We've been dropping hints about Mark's new walk code for months, and we can finally show you what it actually does.

QA chappie Dave#6, who made this little movie, says:

In the old days, this poor skeleton would tackle these bins like a tank. Stopping to align himself, needing strict user supervision, pondering the lack of flesh on bones. Not especially like a tank then, but he felt like one.

These days, he's just pointed where he needs to go and he... just goes. Any obstacles he faces can be swiftly and most importantly, smoothly navigated. He's still concerned about the lack of flesh but feels less like a tank.

But really, this marks a big leap in visual quality and intuitive user accessibility. Less time spent navigating bins means more time thinking up clever stuff, and there's still more to come in this regard.

Sweet, huh? Combined with the rest of the animation improvements, this takes Moviestorm another huge leap forward from clunky old game style machinima to something much more natural and realistic.
Posted by Matt Kelland 3 comments: 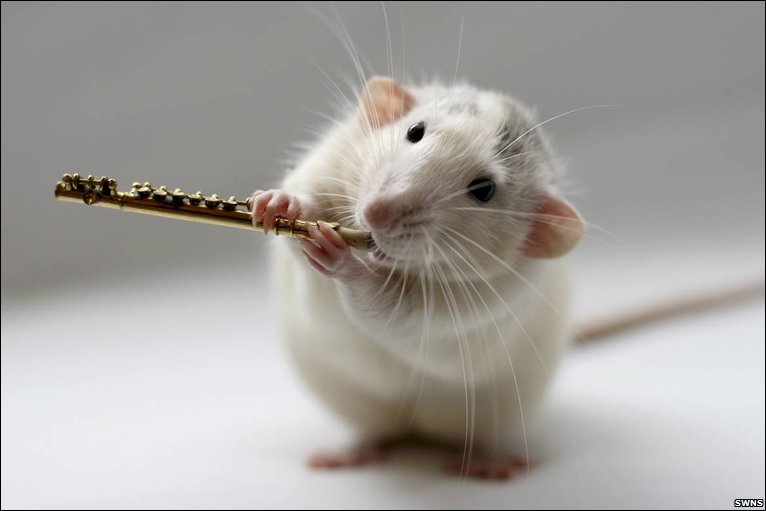 This is Amos Willbond. He formerly worked for The Other Cambridge Machinima Company, assisting the art & QA departments in the creation and distribution of 3D models. He's now neatly ensconced betwixt Ben and Dave Holloway in the QA team.

Please give him a big welcome - he's already making a huge difference to the crew, and he's only been with us since Tuesday.

In his spare time, he likes to hunt dinosaurs in the Amazon jungle. Or so he says.
Posted by Matt Kelland 1 comment:

I am not a spammer!

Controlling the Assault of Non-Solicited Pornography and Marketing

Sending out emails to our customers is fraught with horrors. When we sent our last email out, advising our users of the Web site rebuild and the closure of the points system, we found ourselves reported for spamming, and our email account was throttled. So this time we decided to go with a commercial service, MailChimp, and save ourselves the grief.

We're currently going through the CAN-SPAM procedures to prove we're not spammers, which involves proving that we got our list of addresses directly from users, and that we provide ways for you to opt out of emails from us, among other things. It's a slight irritation, but on the whole, it's one I really don't mind going through. MailChimp make it as painless as possible, and Jessica in their compliance team is really nice about it all.

Frankly, I wish more people would do this.
Posted by Matt Kelland No comments:

(Due to irritating hackery on one of our servers, I can't post anything to the main blog today, so we're using this one instead till it's fixed. Bleagh.)

Presenting the fifth of our MovieGift Facebook apps: the Sci Fi collection contains 17 of your movies, including work by the wonderful sisch, Fulkster, and iceaxe.


Choose your favourite vids, send them to your Facebook friends, and introduce them to Moviestorm!
Posted by Matt Kelland No comments:

For weeks, we've all admired Paul's gruelling physical fitness regime as he cycles seven miles into work every day. It turns out that's not quite the case... it's a mere mile to the railway station from his house, then he hops onto a train for 7 minutes, and then cycles the last 400 yards to the office!

Check out the stylish footwear and posh briefcase!
Posted by Matt Kelland 2 comments:

With the release of the Special Effects pack imminent, and the code support for the next few packs already complete (music and hair), the engineering team are now hammering away at Moviestorm 1.1.7.

The three key issues we're tackling for Moviestorm 1.1.7 are performance, performance, and performance. In other words, you probably won't see any major new features, but you'll see Moviestorm running noticeably faster, particularly in terms of load times. We're now at the stage where we're trimming fractions of a second off things, and while progress feels painfully slow at times, the end result is already feeling very different.

August is, of course, holiday season, so we're aiming to ship 1.1.7 some time in September.
Posted by Matt Kelland 4 comments:

Email ThisBlogThis!Share to TwitterShare to FacebookShare to Pinterest
Labels: 1.1.7, performance

Ben is cool because (1) he makes Moviestorm happen* (2) he's a truly awesome Magic The Gathering player.**

*No, really. Without him, Moviestorm would be a pile of disconnected code and art and wouldn't actually do anything at all. Show the man some love.
**As in really, really, awesome. He's so awesome it makes you go woah, dude, that's, like, awesome!
Posted by Matt Kelland 6 comments:

It's the obligatory summer party pics - well, what else are dev blogs for?

Andrew and Dave showing solidarity amongst the management team

Andrew joins in on air guitar - Nantucket Sleigh Ride, by Mountain, I think

The debonair Paul Sumpner surprises us all with his flautistry
Sadly (!) nobody took pictures of the impromptu jam featuring myself, Conor, & Paul, and the recording Dave made on his phone is too low quality to post. To spare Mark's blushes, let's just all agree that the rest of the photographs didn't come out.

Thanks to Andrew for hosting a great evening!
Posted by Matt Kelland 1 comment:

Email ThisBlogThis!Share to TwitterShare to FacebookShare to Pinterest
Labels: party

A strange breed of programmer

Everyone knows that a real programmer's desk looks like this. Big piles of paper, assorted beverage bottles, post-its and generally, complete chaos. (Sorry - a complex and detailed filing system that is perfectly comprehensible to the programmer in question.)

Conor hard at work
So what in the hell is this? Flowers? Sunshine? Pure, fresh water? Even a clear desk? This is not a proper programming environment!

Just after releasing 1.1.6 , we found a couple of nasty bugs: some of the stock sets don't load properly, and saving animation transitions in the modder's workshop stops other animations from working. Ooops.

There's now an update that fixes this.
Posted by Matt Kelland No comments:

Yesterday I posted Burning Streets, a movie showing what you could do with lighting using the burning objects in the new Special Effects pack. Just to see what would happen, I tried it with the cel shading switched on. Some bits worked really well, but others, as you might expect, didn't. I then tried some experiments to see what I had to do to make the scene work properly. Here's the cel-shaded version - watch and see if you can figure out what the differences are. Some of them are quite subtle.

To start with, I had to add in some global light. Without it, the whole scene was too dark. I had an orange ambient light on 11%, and a straw-coloured directional light at about 13%, shining down the street to put extra light on the fronts of the characters. Because of the vagaries of the lighting system and cel-shading, dropping these by even 1% made a lot of things go almost black, so it took a little bit of tweaking to get it where I wanted it.

Next, I moved the fire at the back a bit further away from the walls. The light it cast created strange circular rainbows on the walls when it was close up, and although interesting, they weren't what I wanted. Moving them about two feet reduced this considerably.

And finally, I changed the smoke on the vents from black to white. Black smoke just didn't show up against the background, so I opted for a more contrasting colour.

I'm not 100% pleased with the outcome, but still, it was an interesting experiment, and useful to help understand what you have to shoot differently if you're working with the cel shader. I like some shots, but others don't work as well as I'd hoped. I suspect that the only way to get the results I want would be to light each shot separately, and then edit them together later. Just like a real film, I guess. Fortunately, when you're working with Moviestorm and similar machinima tools, you can see all the visual effects as you shoot - what you see is what you're going to get in your final footage. Now that, my friends, is a luxury other film techniques don't give you!
Posted by Matt Kelland No comments:

We hinted yesterday that the upcoming Special Effects pack is for doing more than just explosions. You can use it to do this, for example...

It's just your everyday story of a woman innocently walking along, and then SHAZAM! Happens all the time. Well, doesn't it? No? Well, obviously it does to Ben...

Anyway, moving swiftly on, this is made completely in Moviestorm. No third party editing, no reshoots, no fancy post-processing. Just create two scenes, and cut between them using the smoke as a cover.

Having seen this, we're all kicking around ideas for weird and wonderful ways to use this pack. Testing this one should be a hell of a lot of fun!

Give us your suggestions for test movies we can get our work experience students to make, and we'll see what they can do.
Posted by Matt Kelland 2 comments:

We really should have done this at the end of last week in time for the Fourth of July, but hey, we didn't. This is Ben testing the Special Effects pack (what we used to call the pyros pack, but it's been renamed because it contains more than just things that go bang).

Soon, my friends, soon you too will be able to blow things up! (In a safely controlled environment, of course, with no danger to children, pets or property.)
Posted by Matt Kelland 3 comments:

If your computer is above the minimum spec, you may want to increase the memory available to Moviestorm, so that it is less likely to run out of memory.

Possible symptoms of Moviestorm running out of memory include:
First, ensure your Moviestorm install is updated to 1.1.6 or later.

Mac:
That should help!

Of course, if you only have 512Mb RAM to start with, you're going to have problems regardless. Sorry, but there's not a lot we can do about that.
Posted by Matt Kelland 2 comments: